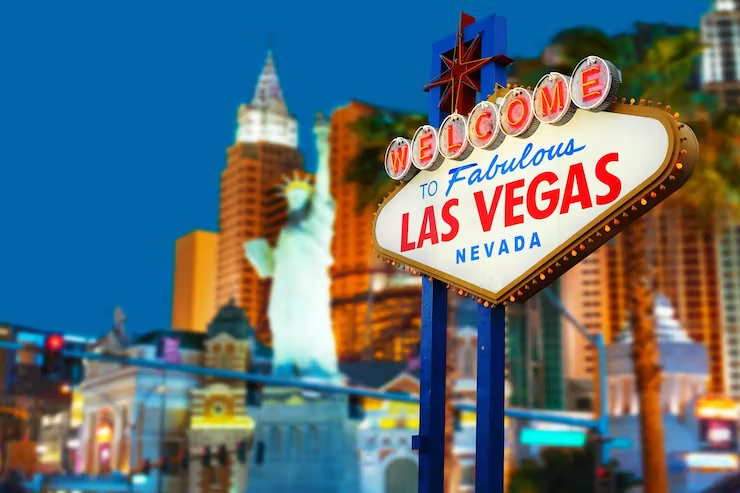 Ever since Nevada legalized adult-use cannabis in 2016, consumers (and especially tourists) have wanted to know: When can I light up in a Las Vegas cannabis lounge?

For the past six years the answer has been: Soon… we think.

If you feel like you’ve read this Leafly story before, you’re not wrong. We covered developments in 2017, 2019 and again last year, in fact.

And here we are in 2022 telling you that cannabis lounges are close to opening in Las Vegas, and this time it’s for real. We think.

After years of delay, weed lounges are finally going to open in Las Vegas.

The Nevada Cannabis Compliance Board announced last week it will begin accepting applications on Oct. 14 from anyone wishing to open a weed lounge. Those licenses aren’t limited to current retail license holders. The board will close the application window on Oct. 27 and issue the first-ever lounge licenses shortly after, according to Cannabis Control Board member Riana Durrett.

“The retail stores will likely open a lot faster each because each company is automatically entitled to a license if they want it, and many have already been pre-approved,” Durrett said. “We’re doing a lottery for an additional 20 lounges for non-dispensary owners.”

Translation: A couple of dozen of lounges could dot Las Vegas by early 2023. Once the state issues licenses toward the end of this year, lounge owners must also get the blessing of local authorities.

The City of Las Vegas, which tried to legalize lounges back in 2019 before the state infamously stepped in to shut it down, figures to be the quickest to green light the venues.

Unincorporated Clark County, which covers the Las Vegas Strip and most of the Vegas Valley and has the most operating dispensaries, will almost certainly come next.

And if lounge owners who shared their plans with Leafly have their way, the venues will be worth the wait.

One of the world’s busiest cannabis markets

Nevada did nearly $1 billion in marijuana sales in 2021 and is on pace to equal those figures in 2022. It’s home to the world’s two largest dispensaries and new fast-food style marijuana drive-thrus appearing what seems like every week.

In pure Silver State spirit, the lounge bill passed last year allows the venues to be as large as operators desire, allowing for some serious innovation. The only rules, for now, are that consumption venues can’t be within 1,500 feet of a casino, 1,000 feet of a school or 300 feet of a ‘community facility’ such as a church or public park.

You can read the rest of this article at: https://www.leafly.com/news/politics/looking-for-las-vegas-cannabis-lounges-more-than-20-could-open-soon

No comments to show.